Congestion Trends, And Do Two Traffic Flows Exist at the Same Time?

INRIX has released its 2008 Annual Report on congestion. (Via Tom Vanderbilt)

However, a little further thinking reconciles my analysis with the INRIX Report. When diesel and gasoline fuel economy is looked at, fuel economy does begin improving earlier in the year and does end as a net improvement for the year, in agreement with the INRIX report. 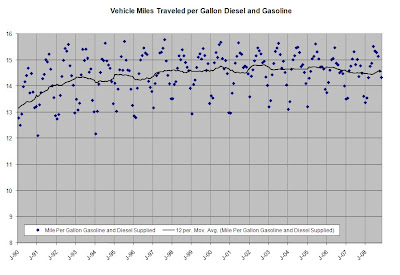 Here's what I think is happening.

I think there are two traffic flows that exist at the same time.
Car traffic may have gotten worse while commercial traffic became more efficient.

UPDATE (4/27/09): I e-mailed INRIX at the time of this post about some shortcomings in their report, I received no reply other than acknowledgement of receipt. Their reporting is based on data from commercial vehicles. Commercial vehicles behave differently than passenger vehicles. They accelerate more slowly, have cargo that shifts, hit more red lights, etc. Generally, most traffic flows around them, interfering slightly as they merge in front after passing (i.e. diminished passanger vehicle traffic flow could result in slight improvement in commercial vehicle traffic flow). Also, INRIX data compares traffic relative to "free flow" rates. A decrease in free-flow rates will exaggerate improvement in traffic flow. Their reporting also will not recognize diminished flow during non-congested hours, which can be even more costly than gains during congested hours.

I'll do Ed Glaeser one better.

Replace the Interest Rate Deduction with a Principal Payment Deduction. Sure, it'll break some banks with a bad mix of Mortgage Backed Securities holding prepayment risk, but fuck 'em.

This will bring a soft landing as people with large amounts of cash are encouraged to buy houses, without lots of leverage. Demand will be buoyed and banks will be flooded with cash and will have to lend at lower interest rates to compete. It will also move properties to less risky owners. Fast.

Recession in Transit Activity and Fuel Consumption and Fuel Economy 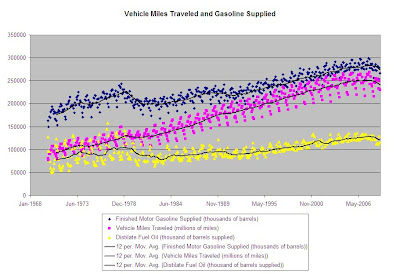 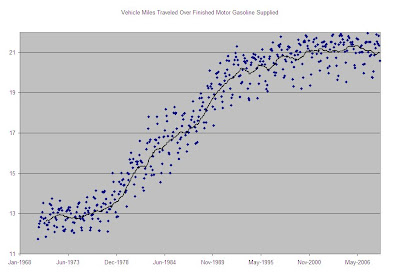